5 TIPS FROM THE PODCAST [NÖRD:IGT]

In the podcast [NÖRD:IGT], the panel members talks weekly about various nerdy subjects consumed in games, comics, film, TV and so on. Now they give you five tips that are highly recommended in the summer heat.

Epic action-packed fantasy with magic, both light and dark, and a far-reaching conflict between elves, dragons and humans from the creators behind, among others, Avatar: The Last Airbender. Three seasons already exist and a fourth should soon be released of this series which is packed with not only interesting characters, great animation and grand adventures, but also important messages, diversity and representation.

A game for up to 5 people, completely created and designed by women. In the game you aim to score points by collecting birds, eggs, food, meeting different goals and activating bonuses during four rounds of play. A wonderfully fun and very beautiful game that can attract not only the bird interested but also the one who wants a well-balanced, fun game with many different strategic choices on the way to profit!

The sequel to the game Detective Grimoire takes on the lead character on yet another point-and-click puzzle adventure to solve a murder mystery along with assistant Sally. With incredibly well-made animation style, design and voice acting, this is a perfect for passing time on the beach or in the hammock if playing on a portable Nintendo Switch, or at home in front of a screen during a rainy day.

Between 2002 and 2008, Vertigo published 60 issues of the Eisner Award-winning series created by Brian K Vaughan and Pia Guerra following the main character Yorick Brown in a post-apocalyptic world where (almost) all male mammals with γ-chromosome mysteriously and suddenly died. The story offers both excitement and humor and creates reflection on our male-dominated world and is found among other things in 10 volumes, perfect to read in anticipation of the upcoming TV adaptation!

For anyone who against all odds has not yet read the seven books on Harry Potter, or anyone who wants to experience them again, they are warmly recommended in audiobook format, in original language, loaded with amazing empathy and dramaturgy by the impeccable Stephen Fry. It also becomes very obvious that his voicemail efforts of everything from Hagrid to Ron Weasley have put his mark on how the characters are portrayed in the book’s cinematographic works. Listen and enjoy! 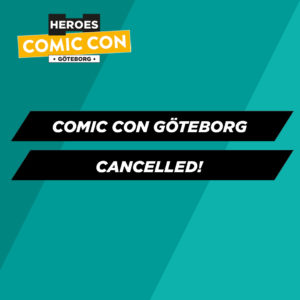 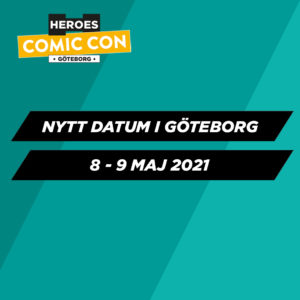